I hope this newsletter finds you happy and healthy as we all continue to navigate through a global pandemic. My sincere hope is that the world continues to fight hard against Covid with grace and positivity so we can all get back to some level of balance in our lives and with each other. I have said it before but it is more important than ever to look towards our bright futures and remain elevated to live with gratitude & good energy. With that being said, I am beyond blessed to still have an organization that is doing great and flourishing during this time. FFI has remarkably been able to continue our award-winning programming and transition from an in-person classroom to a virtual platform and back to an in-person format, almost seamlessly too!

Our summer film camp program was a noted success and we are now reaching creative depths with our new and improved after school CINEMA program. The curriculum has been updated and we are experimenting with new educational tools and artistic platforms. Nearly two months have passed since the school year began – and M-DCPS doors have permanently (and safely!) reopened for students to resume classes at their respective schools.

At this time, I would like to acknowledge my staff who have done an exceptional job and are working harder than before to make sure our CINEMA program remains innovative and inspiring for our incoming and returning students (some of whom have been in the FFI program for all 4 of their high school years).The FFI crew have all been very tolerant and open-minded while learning new filmmaking tools and state of the art technology. The response has been stellar and the students continue to enjoy the CINEMA sessions which allow them to explore their technical and creative abilities!

Please read below for all of the upbeat news and updates that FFI has to share… and thanks so much for your continued support!

This past school year was quite challenging as we were unable to produce the CINEMA after school program in-person at the following sites: Alonzo and Tracy Mourning SHS, John A. Ferguson SHS, Miami Lakes Educational Center and Westland Hialeah SHS. All FFI classes were held online via ZOOM and projects were created strictly with the students’ own devices and with the use of the Frame.io platform (an FFI sponsor). Our participants completed haiku films, short & narrative films. The winners of the creative/technical categories were announced during an online premiere screening / awards show which was held on May 22nd, 2021. Many of the projects are now being entered into film fests locally, statewide and nationwide – and some are being considered to be screened on a global scale. We are extremely proud of our student casts / crews – many of whom stepped up to the challenge during a pandemic and completed the work that was asked of them without hesitation! We applaud their focus and endless enthusiasm to learn the art and craft of filmmaking during a very stressful time in their lives.

The 5/22 CINEMA screening (via YouTube) & awards (via ZOOM) was amazing! Thanks to all that attended virtually. Here is a complete list of the winners for the 2020-2021 CINEMA program. Congrats to all! 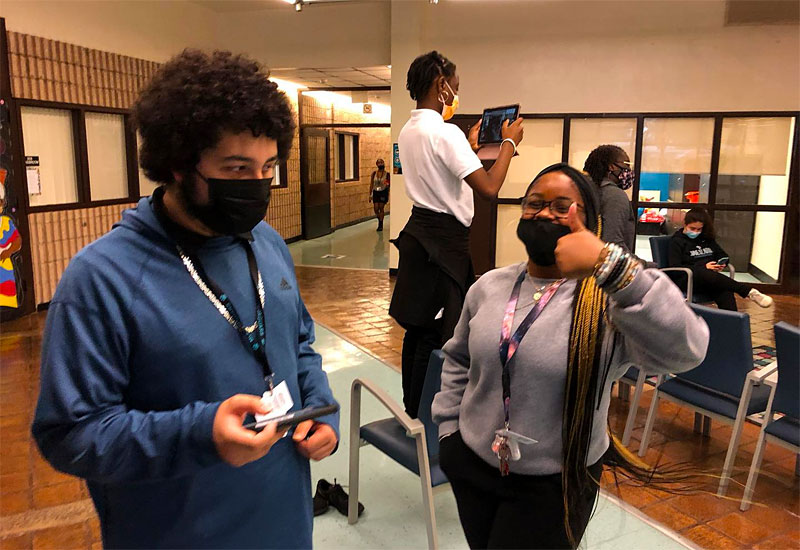 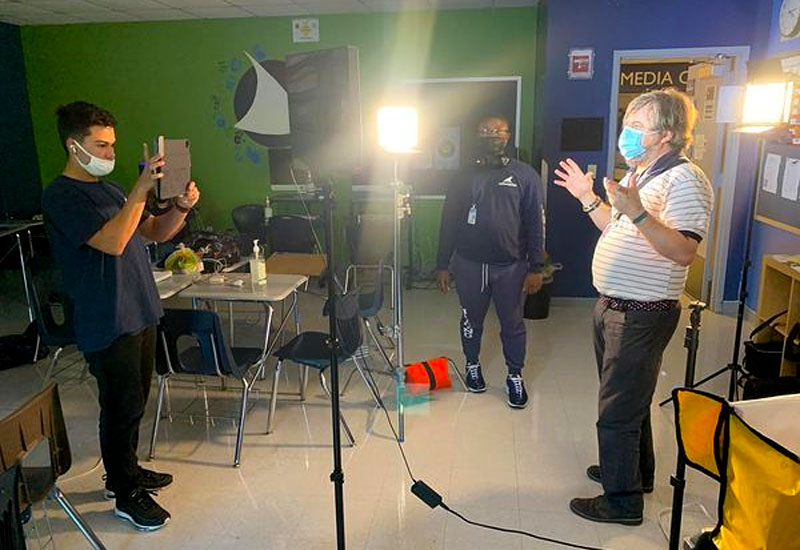 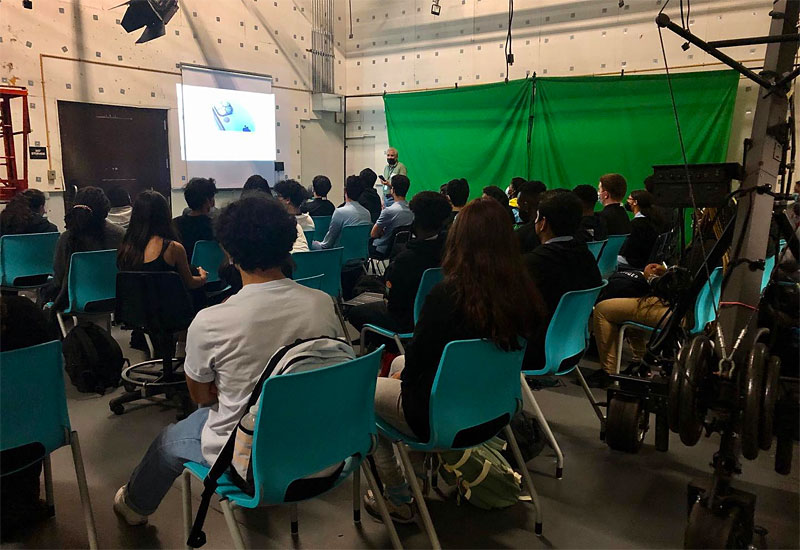 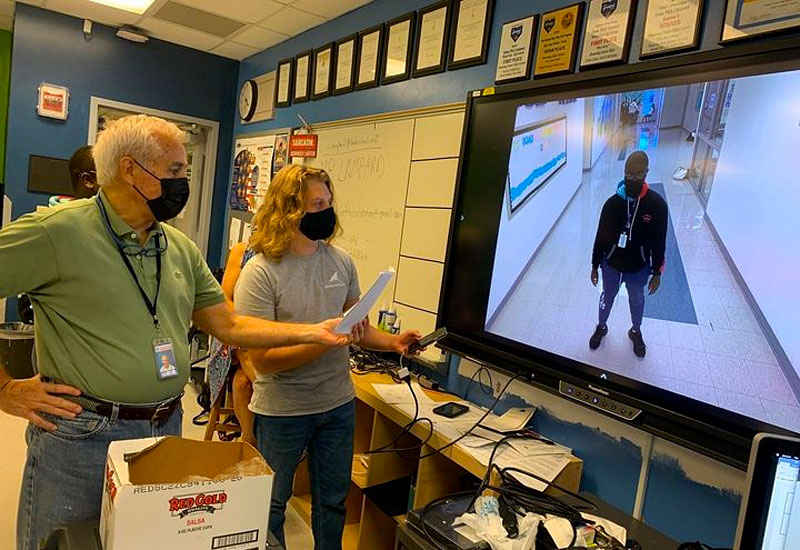 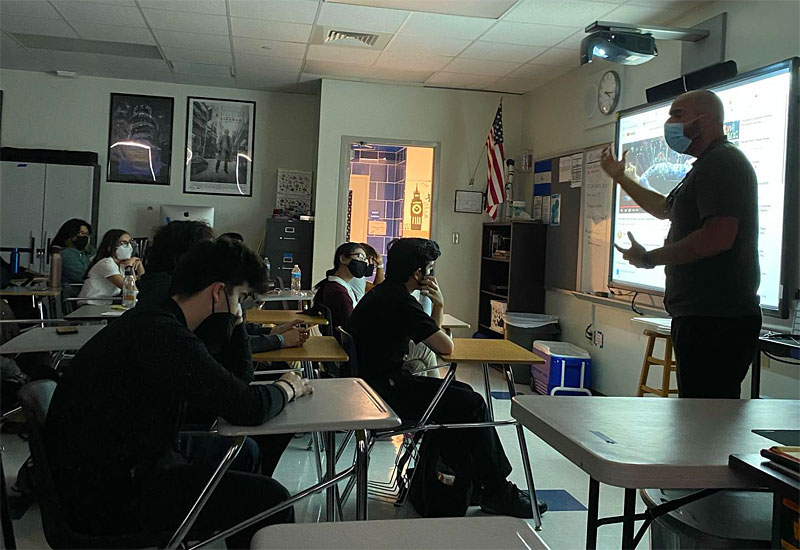 The 3 CINEMA sites now in session for the 2021-2022 school year are Alonzo and Tracy Mourning SHS, John A. Ferguson SHS and Miami Lakes Educational Center. FFI is excited to be back in the classroom and offline for now- no worries, we are wearing masks, social distancing, taking student temps and always keeping the film equipment and hands sanitized! We are doing our very best to keep the FFI environment safe, clean and healthy for all to enjoy and learn within!

Our students are learning about new filmmaking tools used for all types of productions – the state of the art film apps included are: LumaFusion, FilmicPro, Shot Designer and Frame.io. Currently, the students are learning about screenwriting and will be selecting their Haiku film ideas momentarily. They will be filming these projects next month and will then be preparing for production on their narrative shorts. 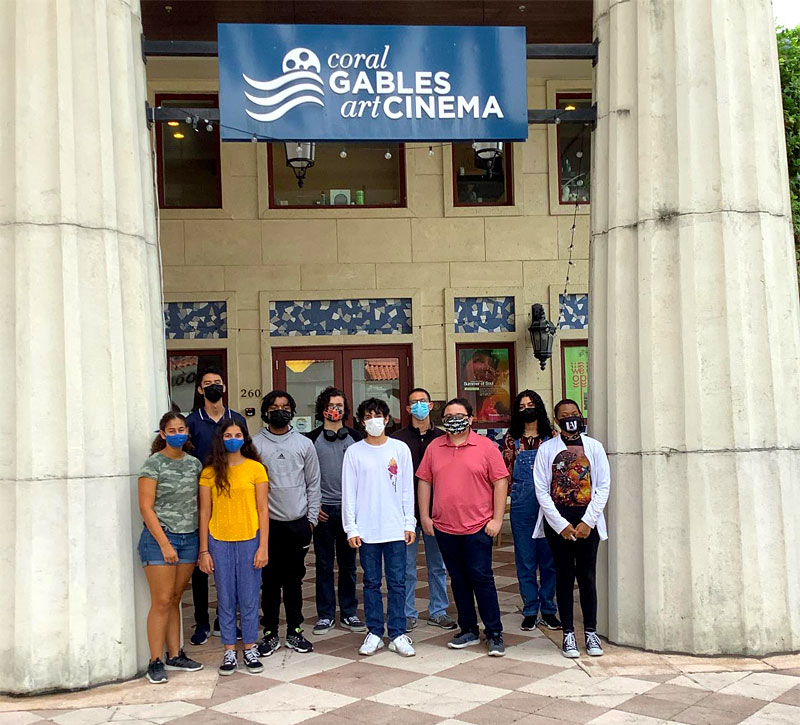 The summer film camp which was held at the Coral Gables Art Cinema was absolutely terrific! We were allowed back in the theater to produce the program in-person. Safety precautions were taken from Day 1 until the final day of camp. We gave high school students an option to join us in-person or virtually. There was an open registration to all teens, near and far – and this year we welcomed a student from the Ukraine to join us online for the first few camp sessions via ZOOM and then he traveled to the US to join us in person for the remainder of the 6 week program.

The camp took place June 21st – July 30th, 2021, Monday – Thursday, 10am- 1pmEST @ CGAC. Amazingly, there were two projects produced, “GRANDPA’S GHOST” and “INTERNET”. We anticipate these films doing very well on the festival circuits! The premiere for the SFC films was held virtually on September 25, 2021 via a private link, followed by a “meet the filmmakers” session via ZOOM. It was really great to “see” everyone again and catch up- and of course, talk about their films and their filmmaking experiences! We hope many of the students who are not graduating high school yet will join us again next summer for more adventures in production, on and off the screen. 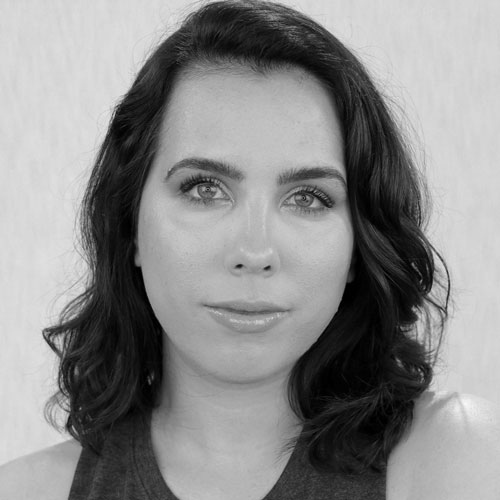 Mary currently teaches English Language Arts at John A. Ferguson Senior High School in West Kendall. She graduated from Florida International University with B.A in English and a M.A in English Education. Mary has always been interested in the creative process of film production and has been working as a video editor for the past couple of years. In her free time, Mary enjoys reading, sewing, and rollerblading. 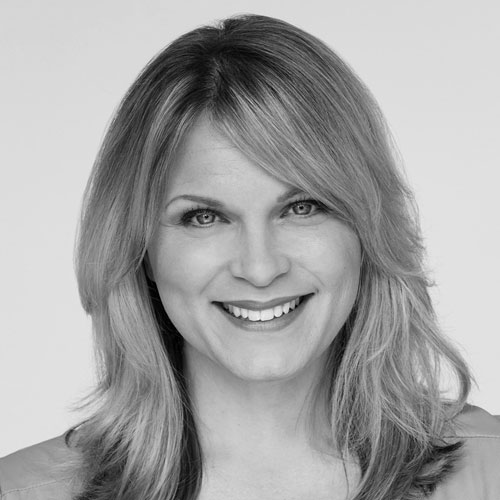 Marlene Marcos is a performer, educator and coach. She earned her B.F.A. in Theatre from Florida International University and is a National Society of Arts & Letters Acting Award Recipient. She has appeared in numerous plays, improv festivals, national commercials, voice-overs, film and tv programs both in English and in Spanish. Marlene teaches courses and offers workshops in all areas of camera acting, audition techniques and improvisation to all ages. She is a facilitator and private coach to sales teams and executives for presentations and public speaking. She is currently an Acting Instructor for the New York Film Academy -South Beach Campus.

SHE’S A RAINBOW was nominated for a student Emmy via NATAS (Fiction/Short Form) – this is FFI’s 1st EMMY nomination!

REALITY CHECK and SHE’S A RAINBOW were both selected by the Florida Shorts Film Festival! 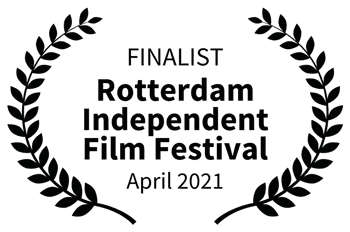 REALITY CHECK and SHE’S A RAINBOW were finalists in the Rotterdam Independent Film Festival and were considered for the Special Merit Awards! 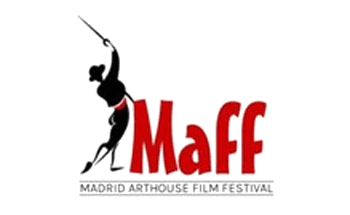 REALITY CHECK and SHE’S A RAINBOW were chosen as semi-finalists and the RC film was an award winner for Madrid ARTHouse Film Festival!

REALITY CHECK and SHE’S A RAINBOW were finalists in the Paris International Short Festival! 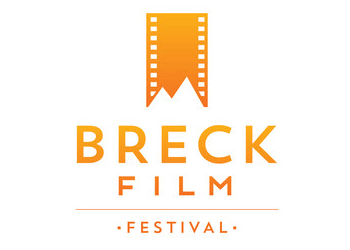 SHE’S A RAINBOW was a finalist in the Breckenridge Film Festival! 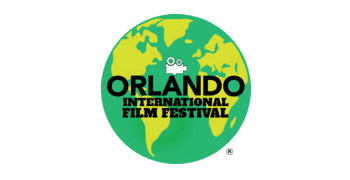 NEXT OF KIN was selected for the Orlando International Film Festival!

REALITY CHECK and SHE’S A RAINBOW were selected for the Arthouse Festival of Beverly Hills! 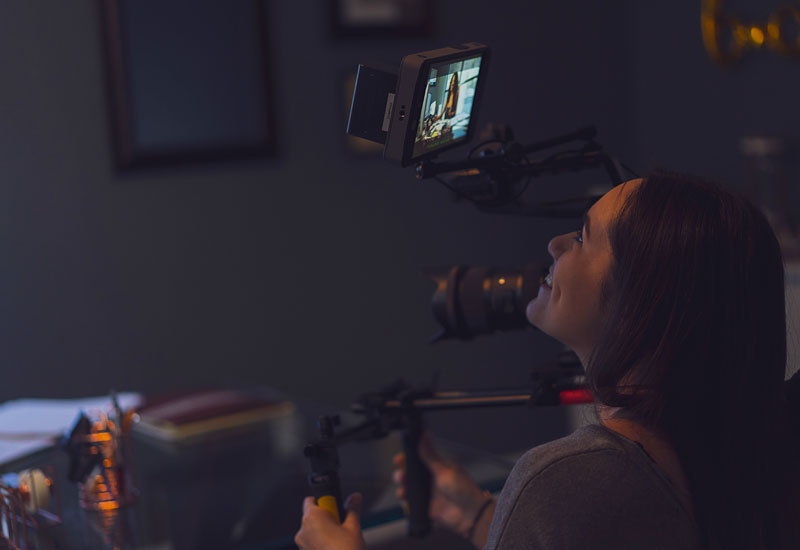 What CINEMA did for me: I actually started out loving acting! I was the lead actress in the short film we made that summer. I grew my love for acting and the world of filmmaking that summer, as well as learned about all the different roles and responsibilities that go into a successful shoot. The program really fired a passion in me, because I went on to partake in my highschool’s TV Production track for all 4 years. There, I entered my videos in multiple local, state, and national competitions where I won numerous awards. And from there, decided to study it in college and explore new avenues within the industry. The CINEMA program is excellent at teaching hands-on skills in a very true to life film setup. Looking back, I realize how immersed we were – from the well established teachers to the industry standard equipment. Plenty of students would benefit from joining this program because they can dip their feet in a multitude of roles and learn how to collaborate with a team in a creative environment.

Current update: I went to Florida State University and pursued a degree in Digital Media Production. I actually think it is a blessing I didn’t get into their film school because the Media Production program allows students to get hands-on experience in sports and documentary style media as opposed to strictly fictitious filmmaking. Sure, the film school is a great program but I valued my classes much more because there were a lot more practical skills I learned. After I graduated in 2018, I began working at a small marketing agency in Tallahassee, FL as a videographer. Since we were so small, we were able to wear many hats and be a part of every step of the production process. Fast forward to a couple of months ago, I just moved across the country to Denver, CO with my fiance and work at an agency called Work in Progress. While I’m not behind a camera anymore, I am learning and working as a Junior Producer with a team that is very supportive and friendly. The work is very stimulating and I’m so excited for what is to come. Our 2 clients include Mikes Hard Lemonade and Domino’s, so I am very glad to be able to get to work with these huge brands!

I would love to teach students about filmmaking one day! It’d be very fulfilling to give back to the community that made a film industry nerd like me 🙂 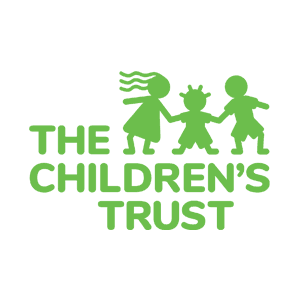 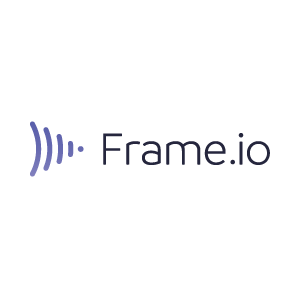