About Us
Instructors
Board of Directors
Sponsors / Partnerships
Resources 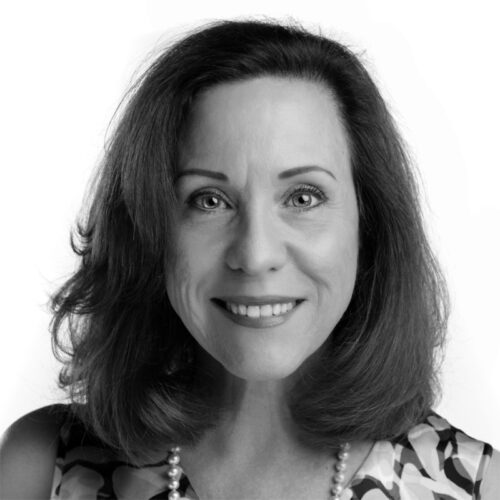 Stephanie Martino is a veteran of the non-profit sector since 1989; she brings to the organization a depth of experience in the development and coordination of the CINEMA programs, and workshops. Ms. Martinos vast experience in Pre and Post production are vital to the student films that are produced in the programs. The Institute instructors are comprised of local and national film industry professionals, who work in the field to teach the classes in the high schools and the weekend workshops. This combination has proven to be the best way to reach these students and adults.

“CINEMA is designed to empower aspiring young filmmakers. Besides the aesthetic and technical basis of the discipline we will discuss the business environment of the production, in order to realistically prepare our students for a career in the film industry, specifically in Florida.” 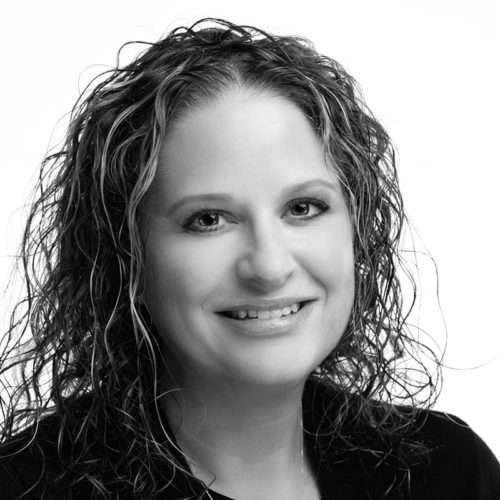 Meagan has been involved in the entertainment business for over 25 years. Prior to moving to South Florida, Meagan was in Los Angeles where she garnered casting and pre/post production experience while working on numerous TV shows and short films. Once she arrived in Miami, Meagan got very involved with the local film community. She has co-produced short film and music video contests and has coordinated many entertainment networking events, including film based seminars and screen writing workshops. Meagan's prior job before working with the Florida Film Institute was at a local talent agency where she loved being a Film/TV agent for actors. 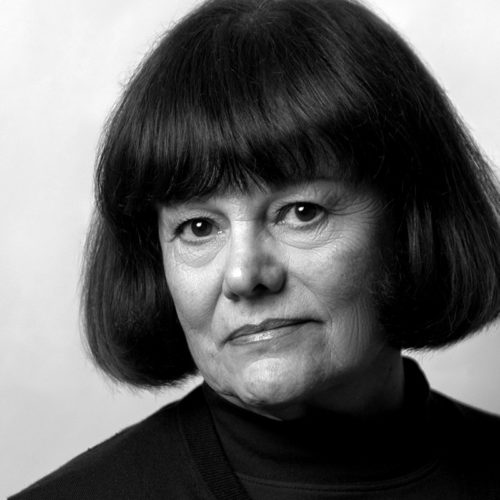 I've been interested in the arts since I was a young child, as a dancer, artist. I attended Virginia Intermont College as an Art Major, and eventually completing my College Degree at New York School of Interior Design. I have been involved in filmmaking as a co-owner of CINEPRO Inc, for the many decades as we have produced films in all of Latin America and for the Spanish speaking commercial market in the USA. My duties covered mostly administrative work as executive producer, and as producer coordinating all the crews from set-designers to makeup- artists. As a volunteer I have been involved in coordinating children's activities, including Shake-A-Leg Coconut Grove, and University Baptist Church Sunday School activities. And this summer I volunteer with FFI Summer Camp at Coral Gables Theater. 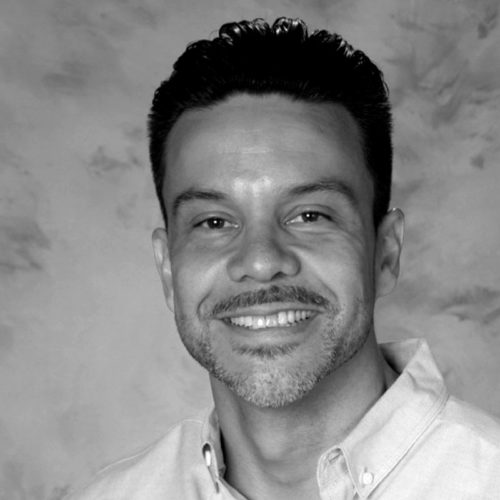 Juan currently teaches Film Studies at John A. Ferguson Senior High School in West Kendall. The Film Studies program at Ferguson is part of the school’s DASH Visual Marts Magnet. The program consists of four years of study in the cinematic arts as well as International Baccalaureate Film Studies, a rigorous advanced academic program. Juan is proud of Ferguson Film; graduates of the program have moved on to prestigious films schools as well careers in the film industry. Many of his “kids” are also alumni of the Florida Film Institute! 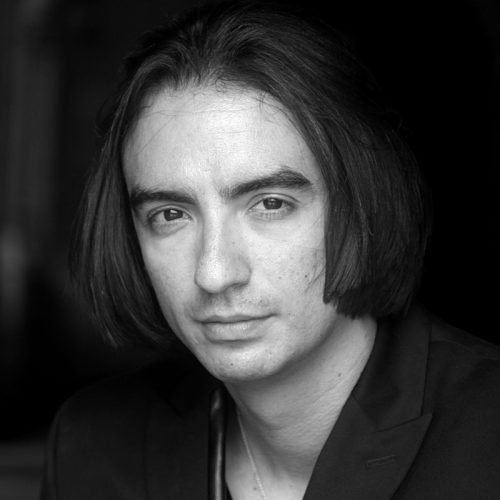 Patrick Doval is a multifaceted artist with a track record to prove it. Since 2008, he has independently released 6-music albums and 24-music videos. A number of his music videos have been showcased at premier contemporary art stages including Art Basel in the Wynwood Arts District. A highlight of his art career came in 2017 when he exhibited certain pieces from his “Lovers” series at Art Basel along with Hollywood photographer Robert Zuckerman. Most recently, his music videos have premiered & been featured on several online magazines and music blogs such as Screamer Magazine & New Noise Magazine. He writes, performs, produces, edits and directs all his music and videos. He has worked for Miami-Dade County Public Schools as a Temporary Instructor for over 10-years. 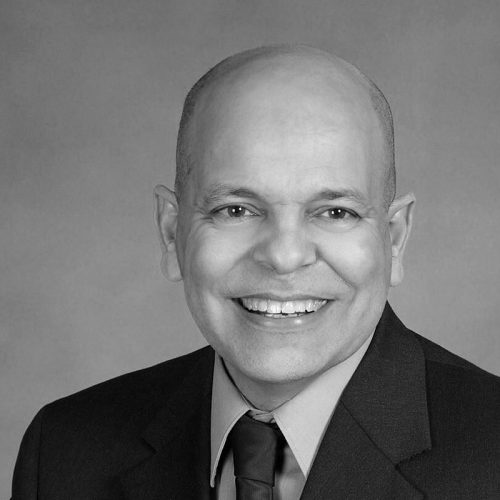 Rudy Diaz is a graduate from the University of Miami with a communication degree. Rudy was a Cameraman/Editor/Producer for Univision Ch. 23. He is a 3X Emmy award winner for Camera/Editing and Producing. He then went on to become a Miami Dade County Public School TV Production teacher, where he was selected as the 2018 Miami Dade County Teacher of the Year. In 2021 he was awarded the Key of the City of Miami. Rudy's hobbies include game coding, computers, electronics and building along with spending time with his family and friends. 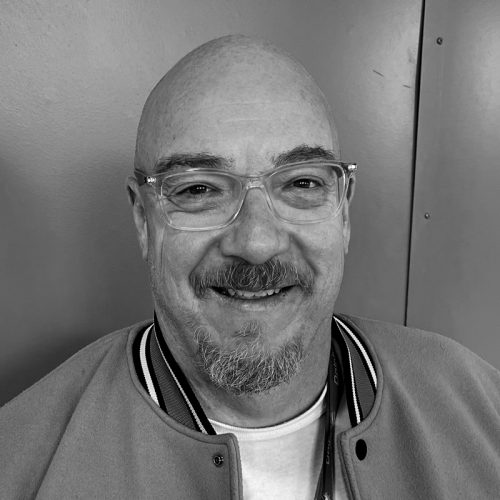 Eduardo is a 2-time Emmy award winning Newscast Director who has worked with Univision, ESPN, and Telemundo. Ed is currently teaching Television Production Technology at Hialeah Gardens High school. He has more than 20 years in the industry and has done many different types of productions including music videos and award shows. His passion is preparing the next generation of creative students into film/tv industry professionals. 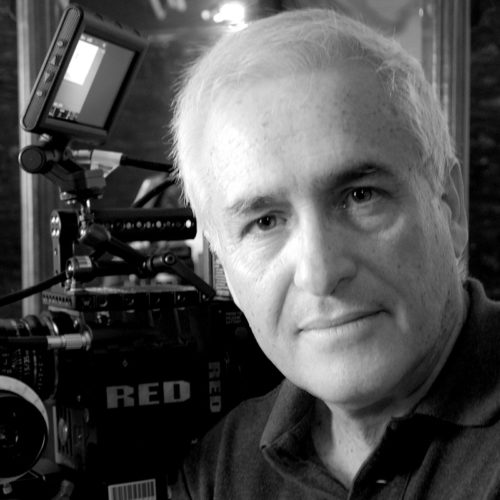 I had four mentors as a young filmmaker, a small crowd source of practical knowledge in camera work, lighting, editing and directing. This knowledge was inherited from the fledgling Cuban color television industry and revolutionary documentary filmmakers of the 1950's. Having worked in a developing Latin-American film community, my skill range has broadened with experience in 16 & 35mm film, laboratory administration, videography, film & digital editing, directing, and more unique disciplines including time laps work and high speed to aerial cinematography. My ability to bring together the right crew, and execute with on time delivery, has kept me in the film industry for over 35 years. 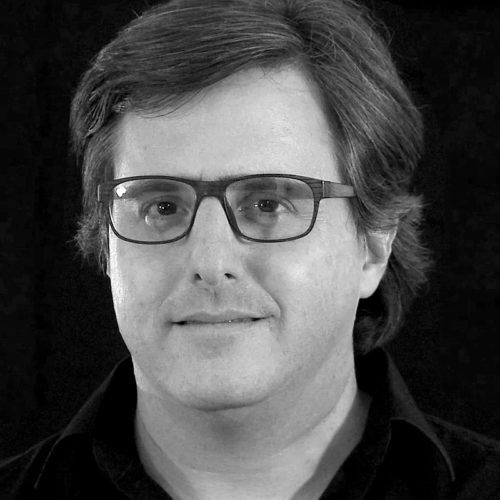 Venezuelan-born, Claudio received his B.F.A. in Communications from Emerson College in Boston and his M.F.A in Film Production from the Miami International University of Art and Design. Parallel to his freelance work as producer and director of feature and independent films, he worked with Venevisión Continental, producing and directing broadcast content. Claudio has over 12 years of experience as aerial cinematographer and filmmaker, building and flying his own radio-controlled (RC) helicopters. He likes integrating aerial footage into his commercial video productions, which include real state, music business and marketing clients. He taught Film Production and other courses at Miami Dade College for five years. Claudio has also collaborated with Miami-based choreographer Pioneer Winter, spoken word artist Oscar Fuentes and theater director Jose Manuel Dominguez, mixing film with other genres. Biscayne Blues, Claudio's most recent short film, combines aerial and underwater cinematography. 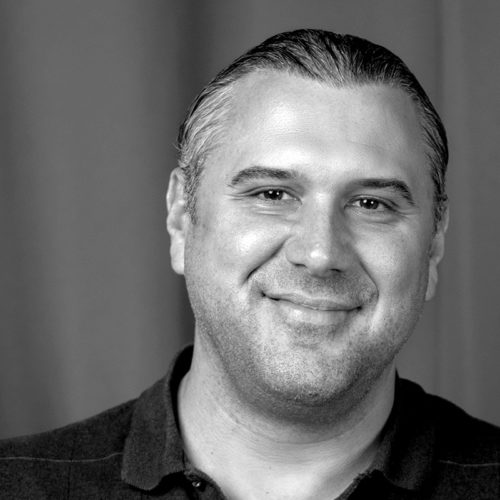 After serving time in the military, Arturo Sande earned a B.A. in Mass Communications and quickly immersed himself in the broadcasting world. A director, producer and writer, Arturo has worked with landmark-industry networks and studios such as Mundos, Univision, VH-1, Telemundo and PBS. His credits include "VH-1 Behind the Music", "Despierta América", "Decisiones", "The Snitch's Cartel" and "The Reaping", amongst others. He has worked in TV Commercials for McDonalds, Pizza Hut, Sears and General Motors. In 2007, Arturo was selected to participate in the 'Creative Summit with Nickelodeon', a workshop designed to train new talents in the art of creative writing and of transforming ideas and concepts into production. Arturo also completed a Master's Degree in Creative Writing and has served as a member of the Jury for the Miami International Film Festival. Arturo recently directed the Documentary I Am Like You, a film that showcases the efforts and accomplishments of a group of talented young bakers. His most recent credits include the Indie movie Modicum, as well as the PBS Documentary Haunting Florida. Arturo is currently pursuing a PHD in Communications and is developing several film and TV scripts. 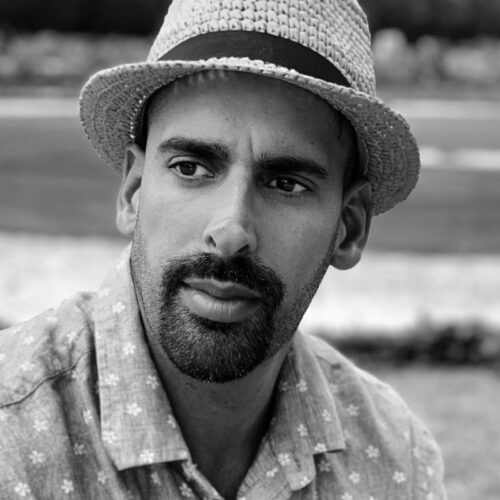 Adrian M. Garcia is a production professor at Miami Dade College who has taught his students a new way of seeing. He has a graduate degree from the University of Miami. He is an award-winning Cuban-American filmmaker. Through his ongoing “Women Above the Line” lecture series, Adrian has brought his students face to face with an Academy Award nominee and with trailblazing independent filmmakers—some of the leading storytellers of our time. Films made in his class have gone on to win acclaim throughout the country and world. 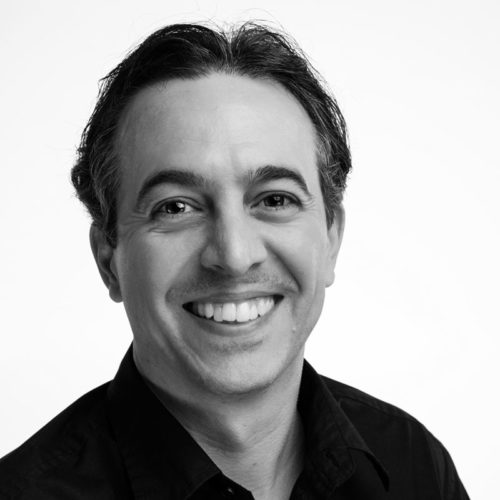 Phil has degrees in Music, Music Business, and Information Tech from Miami Dade College. His 25-year track record, however, is not limited to music production. Phil has worked on several films in the field recording and post-production department handling Dialog Editing, ADR, Sound Editing, and Mixing Surround Sound. One of his most rewarding tasks was to record, edit, and mix the audio for the film “For Once in My Life”, a true story of the lives of disabled workers at the Goodwill organization, and their healing path through music. On the musical side, Phil highlights the Grammy and Latin Grammy nominated CD from PALO!, Miami's prime Afro Cuban Funk band, and Latin Grammy winning CD Mamblue from Dr. Ed Calle. Phil also works with live sound and has teamed up with Miami Dade College to produce the 2-time Emmy Award-winning Video Game and Anime Concert. This live multimedia experience comprises a 60-piece live orchestra that plays synchronized to video game play and surround sound effects. Repertoire includes soundtracks from Mario, Naruto, Final Fantasy, Halo, Pokémon, and others. He loves to share his knowledge through teaching and is a great asset to the sound team. 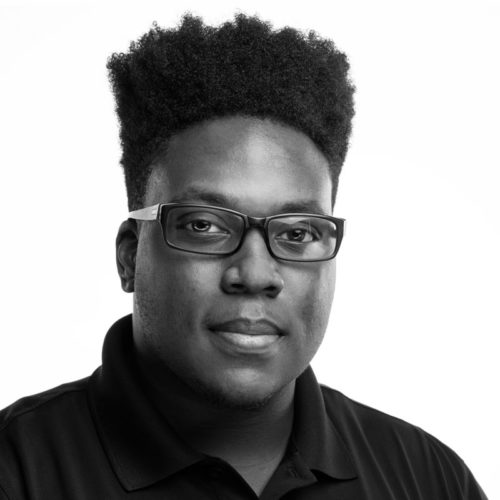 Studying both Music and Music Business at Miami Dade College, Khaleel is earning his name as a sound engineer, practicing the different aspects of recording, editing and mixing. While working as a studio assistant at the college, he works for independent films as a location sound recorder and post-production sound mixer. After performing in the Emmy Award-winning ”video game concert” in 2016, he focused on working behind the scenes. In the following video game and anime concert (2017), Khaleel worked as stage manager and one of the post-production engineers. 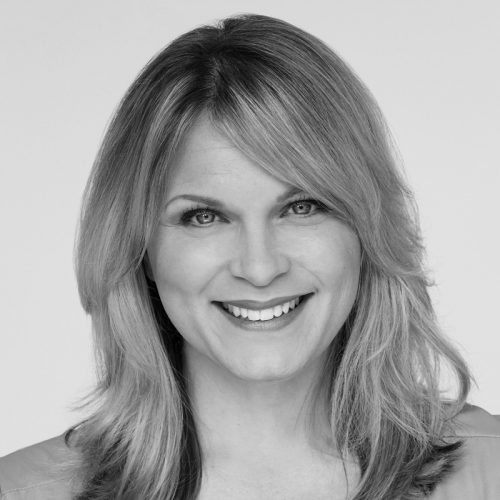 Marlene Marcos is a performer, educator and coach. She earned her B.F.A. in Theatre from Florida International University and is a National Society of Arts & Letters Acting Award Recipient. She has appeared in numerous plays, improv festivals, national commercials, voice-overs, film and tv programs both in English and in Spanish. Marlene teaches courses and offers workshops in all areas of camera acting, audition techniques and improvisation to all ages. She is a facilitator and private coach to sales teams and executives for presentations and public speaking. She is currently an Acting Instructor for the New York Film Academy, South Beach Campus. 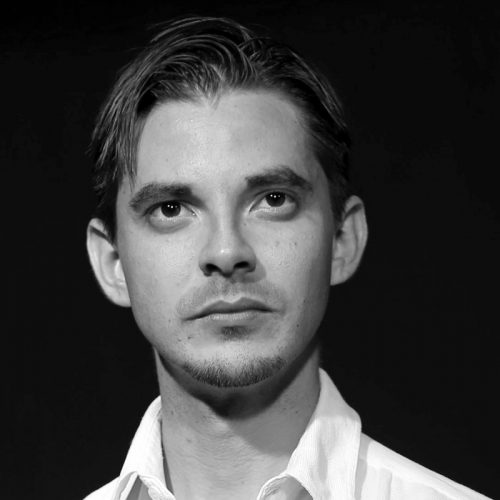 Jose Raul Acosta has been an actor and coach for over 10 years, teaching Acting and Improvisation in international schools, including Zion Films Academy, ASC Company, Cumbres International School, and AVA Acting Studio. As an actor, he has performed the main character roles in plays and films like MacBeth, Hamlet, The Oresteia, The Passion of the Christ, and Death in the Forest, among others. He has received multiple international honors, including As Miamense as Possible, Florida, U.S. (2022); Royal Court Theater Award, London, U.K. (2017); Research University Award, Havana, Cuba (2016); and Acting National Award, Havana, Cuba (2014). He holds a master’s degree in Acting and Theater Education from the University of Arts, accredited by The Juilliard School in New York.
Support The Florida Film Institute DONATE NOW