Hope all of you are having a productive 2018! It is hard to believe that March is already here and our 2017-2018 school year will be coming to a close in just a few short months from now. As usual, FFI’s current programming schedule has been nonstop and there have been some new and exciting changes made within the organization! More details to follow in this newsletter but first I will give you some of the highlights!

The first phase of the after-school CINEMA program (at three sites) consisted of our students working on multiple silent film projects- and now, all of those are completed and edited. The second phase of the program is currently happening and we have 4 short film/narrative projects in development. The last and final phase of the program will start in late March which will incorporate the students to collaboratively create an original TV Spot. It has been an exceptional year thus far as we have been fortunate to work with students that truly love the art of filmmaking!

From pre production development to post production editing these high school teens have really impressed my staff and I! It will be amazing to see all of the projects on the big screen at our annual CINEMA screening and awards show, scheduled for early June! There has been a lot of well-deserved recognition lately for our students and a few of our films have continued to be submitted and some accepted into many local, national and international film festivals! We anticipate that the projects produced this school year will also be doing well this time next year on the film fest circuit!

Young Men’s Prep Academy, Westland Hialeah SHS and Miami Lakes Educational Center are all currently in production for their narrative film projects. The scripts are written, actors are rehearsing and the crews are preparing for their big filming days which will be happening early to mid March! 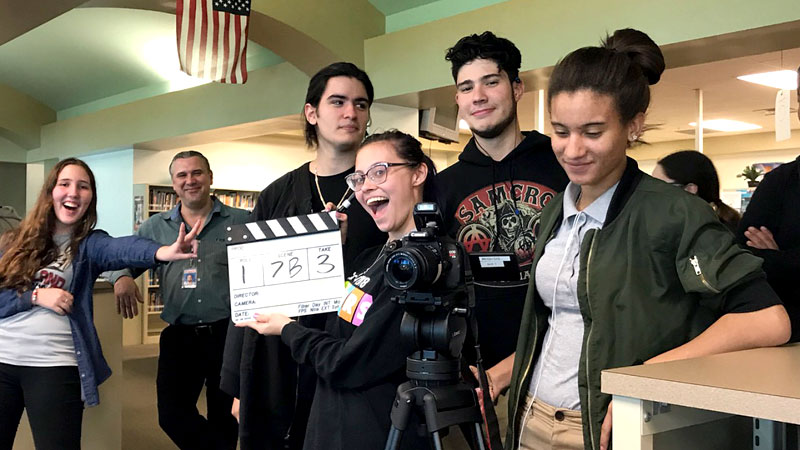 The 2017-2018 CINEMA screening & awards event will be held on Saturday, June 2nd, 10am @ The Coral Gables Art Cinema. This event is free and open to the public. The Coral Gables Art Cinema is located at 260 Aragon Avenue, directly across the street from Books & Books. It is one street north of Miracle Mile, between Ponce de Leon Boulevard on the east and Salzedo Street on the west. Please RSVP directly to meagan@flfilminstitute.org if you would like to attend!

6 week workshop: Mondays, Tuesdays, Wednesdays and Thursdays from 10am- 1pm Coral Gables Art Cinema, June 18 through July 27, limited to ages 13-18. There may be a few scholarships available for high school students that qualify!!! The fee for the 2018 summer film camp $695 plus $50 reg. fee – total of $745. Interested students need to fill out a required registration form and then a phone interview will be set up with the parent and/or student. 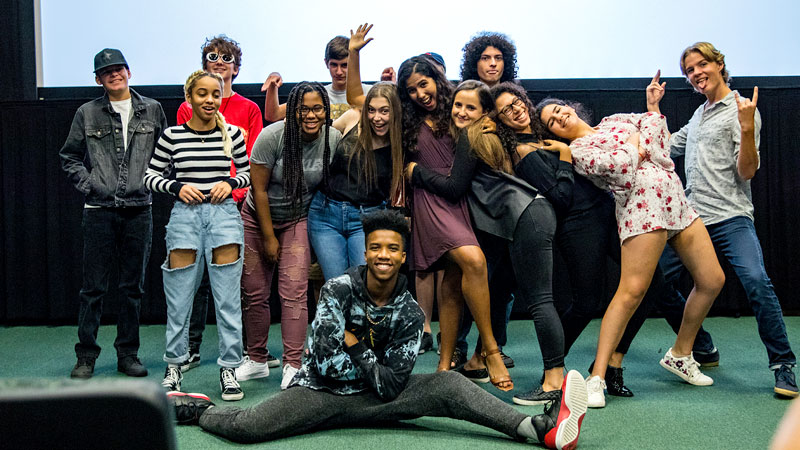 It is with great excitement and honor to announce FFI’s new and improved website! We knew that it was time to stay up to date with the latest and newest online trends! After many months of discussion and back and forth communication with our amazing webmaster Dean Roman (www.blukid.com) we finalized a fresh new look and feel for the FFI organization. Now you can peruse the site easily on a tablet or phone. In addition, the updated website is much more user friendly and fun to use too! Click on www.flfilminstitute.org and let us know what you think! 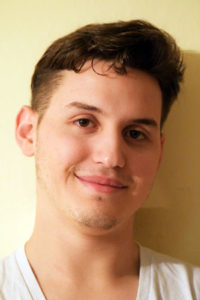 Back in middle school, my mom dragged me to this program from FFI. Honestly, I did not want to go, but oh my! I am so glad I did. I attended the program until I graduated high school in 2014. I just graduated college with a B.A. in Film and Television, and a minor in Drama. Not only that, because of my G.P.A., I qualified for a program to obtain my bachelor’s degree in just three years. And I did! After graduation this past May 2017, I left three days later to Aspen, Colorado for an internship with Aspen 82 TV for the next three months. In Aspen, I produced, filmed, and directed a music video for DJ. Flyrant called Questions. I was their videographer for the Food and Wine Festival Aspen, and I even met my dad’s idol, Andrew Zimmerman! Upon my return to Miami, I joined Foundation2Fame, a non-profit organization providing musical education for inner city school kids at Eneida Hartner Elementary as a videography collaborator. I joined the crew of CP Productions, and this past weekend we had a wonderful time filming the events of Pride Ft. Lauderdale. On Valentine’s Day, my latest music video production, named White Gold, was released for artist Ricc ManDyni. I have also enjoyed doing voice-over acting for the educational company ABC Mouse in which I am proud to say I was Rocky the Rat. I have set up my own production company called Pioneer Road Entertainment, and not only I have done film projects as I mentioned before, but I have also done collaborations as a photographer with some local YouTubers in Miami.

FFI Cinema influence is a crucial part of why I was a successful college student and now as I start to establish myself in my community. With FFI, I learned not only about equipment and how to properly use it. I was able to get down pat the process from beginning to end. It gave me a competitive advantage over many classmates when it came to projects and most importantly, I learned a work ethic. As a team, we need to work together, and Cinema always emphasized this aspect. We worked with talented professionals who gave their time to teach and mentor a bunch of kids on how to make films. From concept to development to final product, we learned it all. Many people started college without the most basic idea on how to make a film happen, and for some, it was emotionally draining. Thankfully, I was not one of them. Now that I am starting my professional career, I know how to handle many situations, and I am well prepared because I had gone through it all during my time with FFI. It was not easy because they are professionals who demanded excellence from all of us, but it got me ready to deal with all types of challenging situations and people. Since the people in FFI are professionals who work in the industry, the education we received was real life, not textbook gibberish. It is as authentic as it can get, and it is to my advantage because I know, no matter what happens, I am ready.

IF YOU ARE AN FFI ALUMNI AND WOULD LIKE TO BE FEATURED IN AN UPCOMING NEWSLETTER PLEASE EMAIL MEAGAN@FLFILMINSTITUTE.ORG WITH YOUR STORY AND A PRODUCTION PIC! THANKS 🙂 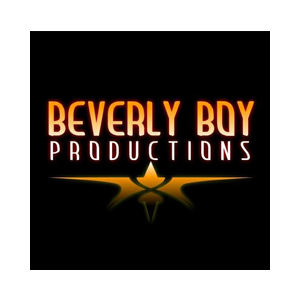 Beverly Boy Productions is a full service video production company. We have been in business since 2002, and have grown to operate across the globe. We manage the video production needs of world known brands as well as marketing agencies and small business. Between 2006 – 2011 Our CEO Tavares Beverly was honored to work alongside Stephanie Martino and FFI as acting coach and producer. He thoroughly enjoyed his time assisting in the growth and development of future filmmakers. We are honored to continue to support FFI and all the wonderful things they do for the future of this industry.